Another possible way to generate revenue is to sell bulk access of your Wi-Fi network to a large carrier or Wi-Fi aggregator for their customers to seamlessly use your Wi-Fi networks. The ability to roam onto Wi-Fi networks is becoming increasingly important to mobile carriers, who are seeing their wireless networks buckle under the growing bandwidth demand by smart phones and tablets. When carriers move their users onto Wi-Fi networks to reduce the load on their own networks, it is called 3G offload (offloading the data traffic from their networks). When carriers enable Wi-Fi access for their customers to connect while overseas, it is called international roaming. In both cases, carriers pay the Wi-Fi operator or venue to allow their customers to seamlessly switch from the mobile carrier network onto the Wi-Fi hotspot for web browsing and other Internet related services. A third category are roaming aggregators like iPass, who serve large corporate customers and provide those customers secure access to a large footprint of Wi-Fi hotspots.

Interestingly, carriers and aggregators are often interested in purchasing bulk Wi-Fi access even if the Wi-Fi is free to guests (albeit at a reduced rate compared with a hotel that charges guests). This is likely because they still benefit from seamless connectivity where the guest's device will automatically detect and connect to the SSID without being redirected to the splash page. This increases the likelihood that guests will use the Wi-Fi - perhaps without even realizing it - and so offload from the 3G network.

There are two key challenges to hotels easily being able to profit from roaming. First, there are technical hurdles to enable roaming, requiring a sophisticated software system to integrate with the carriers' customer databases to handle authentication. Some larger network providers have this capability, and certain independent software systems like ElevenOS can also provide roaming. Second, it can be challenging to get the attention of a roaming aggregator or carrier to negotiate a roaming deal if you only have one or a few hotels. With them, the key is scale…and so, it is crucial to either be part of a larger chain or work through a larger network or software provider who may already have existing roaming relationships into which you could tap. Roaming may be tough to get started, but having a consistent recurring revenue stream may make it worthwhile to consider.

The Digital Future of a Hotel Stay 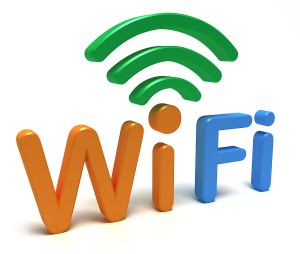