The ALIS Conference is the largest hotel investment conference in the world with over 2,500 top industry leaders who discuss trends and identify opportunities for the year ahead.

Eleven executives, Dan Meub, CEO, and Dan Lulich, CTO, were in attendance to better understand new industry trends and struggles of modern hoteliers. Our executives share some of their conclusions from the ALIS Conference below. 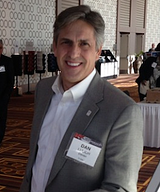 In panel discussions bankers appeared comfortable and happy with government regulations; their expectations were as positive as anyone else’s. Here are some reasons why:

With many properties making over a billion dollars a year, it can come as a surprise that hospitality management scrupulously maximizes revenue by optimizing operations. There is little to no renovation that includes knocking out walls or major construction. Costs are optimized at every level from painting over wallpaper to laying new flooring right over the previous existing marble floors.

Overall, there was positivity in the air and reinvigorated life pumped into the hospitality industry as they prepare for a new wave of growth. Hoteliers can count on increased demand but should also acknowledge that consumers’ expectations have changed along with technology. Hotels should be pulling out all the stops to influence consumer spending in their industry.

Even with the recession four years behind us, our values and priorities have changed and show no signs of returning to where they were in 2007. This is a good sign that we will find steadier and maintained growth if we speak to today’s guests who are tech-savvy, more frugal, yet willing to spend on things they perceive as valuable.

For more about ALIS read our article ALIS: The First Days’ Highlights from Eleven’s CEO.

How are you preparing for technology in 2013? 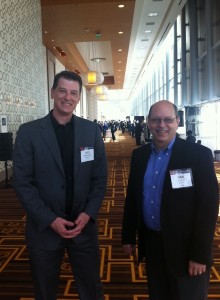 Top 11 Digital Recommendations for Your Business